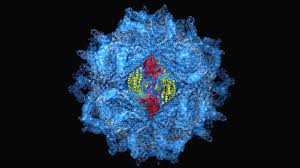 Who can file and What to File

An alien, or any person on behalf of the alien, may file an I–140 visa petition for classification under section 203(b)(1)(A) of the Act as an alien of extraordinary ability in the sciences, arts, education, business, or athletics. Extraordinary ability means a level of expertise indicating that the individual is one of that small percentage who have risen to the very top of the field of endeavor.

Evidence of national or international acclaim and that the Alien’s achievements have been recognized in the field of expertise, including:

(i) Documentation of the alien’s receipt of lesser nationally or internationally recognized prizes or awards for excellence in the field of endeavor.

(ii) Documentation of the alien’s membership in associations in the field for which classification is sought, which require outstanding achievements of their members, as judged by recognized national or international experts in their
disciplines or fields.

(iii) Published material about the alien in professional or major trade publications or other major media, relating to the alien’s work in the field for which classification is sought. Such evidence shall include the title, date, and author of the material, and any necessary translation;

(iv) Evidence of the alien’s participation, either individually or on a panel, as a judge of the work of others in the same or an allied field of specification for which classification is sought.

(v) Evidence of the alien’s original scientific, scholarly, artistic, athletic, or business-related contributions of major significance in the field.

(vi) Evidence of the alien’s authorship of scholarly articles in the field, in professional or major trade publications or other major media.

(vii) Evidence of the display of the alien’s work in the field at artistic exhibitions or showcases.

(viii) Evidence that the alien has performed in a leading or critical role for organizations or establishments that have a distinguished reputation.

(ix) Evidence that the alien has commanded a high salary or other significantly high remuneration for services, in relation to others in the field; or

(x) Evidence of commercial successes in the performing arts, as shown by box office receipts or record, cassette, compact disk, or video sales.

No Offer of Employment or a Labor Certification is Required